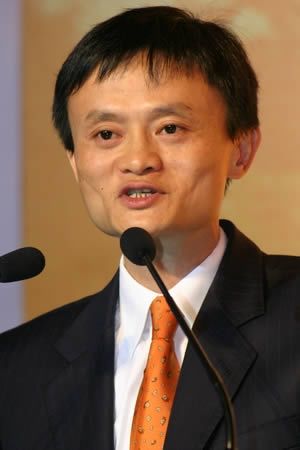 In 1988, he graduated from Hangzhou Normal University (now Hangzhou Normal University) with an English major. Since then, he has taught at Hangzhou University of Electronic Science and Technology. In 1995, when he visited the United States, he first came into contact with the Internet. After returning to China, he founded the website “China’s Yellow Pages.” In 1997, he joined the Ministry of Foreign Trade and Economic Cooperation of China and was responsible for developing its official website and online market for Chinese products.

Lecturer in English and International Trade, Hangzhou University of Electronic Science and Technology, 1988-1995;

In 1992, the first venture, the establishment of Haibo Translation Agency;

In 1999, he officially resigned from public office and founded Alibaba.com to develop e-commerce applications, especially B2B business. Currently, Alibaba is one of the largest B2B websites in the world. The success of Alibaba’s website has enabled Ma Yun to be invited to lectures at prestigious universities around the world, including Wharton School of the University of Pennsylvania, Massachusetts Institute of Technology, and Harvard University.

Since 1999, Alibaba Group has been established and has quickly become the world’s largest B2B e-commerce platform. Taobao.com, the group’s own Taobao.com, has become the largest personal trading website in Asia.

In 2001, the American Asian Business Association selected him as the “Business Leader” of 2001;

In May 2002, he became the cover of Japan’s largest financial magazine, the Nikkei. The Nikkei magazine highly praised Alibaba’s contribution in the Sino-Japanese trade: Alibaba has reached a break-even point and became the pride of the entire Internet world. . Since China’s accession, the Japanese market has gradually warmed up, and a large number of Japanese companies have turned their attention to Alibaba and have placed great interest and hope on him.

In 2003, an independent third-party electronic payment platform was established, currently ranking first in the Chinese market.

In December 2004, he was awarded the Top Ten Economic Person of the Year Award.

In 2005, when it cooperated with Yahoo, the world’s largest portal, and acquired all its assets in China, Alibaba became the largest Internet company in China.

In August 2007, the marketing platform “Ali Mom”, which was launched by online advertising, was launched. Ali’s mother attracted a large number of small and medium-sized webmasters to join the low-end threshold.

In 2008, Alibaba implemented the three-pack policy of advertising and once again set off waves.

In July 2008, Mr. Ma Yun won the 10th Entrepreneur Award in Japan. This award was only awarded to entrepreneurs in Japan in the past.

In September 2008, Mr. Ma Yun was selected as one of the 25 most influential figures in the Internet industry by the US Business Week. He is also the only Chinese entrepreneur on the list.

Ma Yun led his Alibaba operations team to bring together more than 10 million registered online merchants from 220 countries and regions around the world, providing more than 8.1 million business information every day, becoming the largest and most active online market and merchant community in the world of international trade.

On March 8, 2010, Alibaba’s 1688 wholesale market website was officially launched. In the future, Alibaba China will be positioned in the online procurement wholesale market to help factories, brands, and first-tier wholesalers to introduce a large number of buyers, including 100,000-level Taobao shopkeepers, million-level offline city entities, and thousands of 10,000 existing wholesale market buyers, offering a range of trading tools to create the world’s largest wholesale market.

Alibaba founded by Ma Yun has been praised by domestic and foreign media, Silicon Valley and foreign venture capitalists as one of the top five Internet business genres. Its establishment promoted the establishment of China’s commercial credit, creating unlimited opportunities for SMEs in the fierce international competition, “Let the world have no difficult business.”

Elon musk – A great an entrepreneur and investor.

admin - February 13, 2020
0
Browsing slowing to a crawl? Or your YouTube video taking lot of time in loading even? If you are also facing similar issue then you...

How to Block No Caller ID on Iphone

Reasons Why Your Website May Experience A Ranking Drop

Elon musk – A great an entrepreneur and investor.

9 Tips to Successfully Implement Key Account Management (KAM) in Your...

Why is it Important for Industries to Maintain a Transformer?

How to connect Xbox one controller to iphone 8, X

ABOUT US
Newspaper 6 is your news, entertainment, music fashion website. We provide you with the latest breaking news and videos straight from the entertainment industry.
Contact us: contact@yoursite.com
FOLLOW US
© Newspaper WordPress Theme by TagDiv
MORE STORIES